Whereas, the Ministry of Mines and Energy (MME) is the energy sector lead for the Government of Liberia (Gol) the Liberia Electricity Corporation (LEC) is the GoL utility responsible for the generation, transmission and distribution of electrical power across the entire country, and the Liberia Electricity Regulatory Commission (LERC} is the sector regulator responsible for licensing and tariff regulation;

Whereas, Generation, Transmission, Distribution and equipment or services proposals must be structured in a manner that support His Excellency, President George Manneh Weah’s Pro Poor Agenda for Prosperity and Development (PAPD), and they must represent best value to ordinary Liberian citizens (consumers), and must be fully transparent; Whereas, Proposals must not be reliant on sovereign guarantees and must abide by the principle of a ‘reducing tariff that supports the President’s Pro Poor Agenda;
Now therefore,  PPA, TSA and PPP Proposals must meet the following criteria before they can be considered:

1. PPA and TSA Proposals for power that is consumed, transmitted or distributed on the Liberian grid (network), and funded from LEC or Gol revenue, funds or debt, must be approved by MME, LEC Board, and the LERC consistent with the 2015 Electricity Law of Liberia;

2. All PPP Proposals for Generation, Transmission, and Distribution associated or connected to the Liberian (LEC) grid (network), and funded from LEC or Gol revenue, funds or debt, must be subject to the Public Procurement and Concession Act and the 2015 Electricity Law of Liberia prior to approval by the LEC Board and the Minister of Mines and Energy;

3. Any PPA or PPP Proposal must deliver power to LEC (the National Grid) at a price (per KwH) below the two (2)-year average price (per Kwh) of the Cote d’Ivoire, Liberia, Sierra Leone, Guinea (CLSG) West African Power Pool (WAPP) 225KV line until the Regulator sets a cost reflective tarriff. The CLSG KwH cost will be measured and defined as the pure PPA cost charged to LEC or GoL, exclusive of TSA costs and any other associated or implied costs and will be seen as the ‘benchmark’ price, Notwithstanding, all such costs must be consistent with Section 8 (Tariffs and Terms of Supply) of the 2015 Electricity Law of Liberia

4. TRANSCO is the CLSG operator and each of the four CLSG countries owns an equal 25% share of the TRANSCO CLSG Transmission Line

5. PPAs or PPPs will not be considered on a ‘Take or Pay’ basis. A proposed PPA or PPP for power generation connected to the National Grid would only see generation purchased by LEC or GoL, once all cheaper generation options indigenous to LEC and Gol (including the approved TRANSCO CLSG off take), have been exhausted by LEC and Gol. The requirement for LEC and GoL to exhaust their own indigenous and cheaper generation capacity before purchasing other sources of generation, represents the best interest of Liberian citizens and businesses, and supports His Excellency, President George Manneh Weah’s Pro Poor Agenda for Prosperity and Development;

7. As an overriding principle, any proposed PPA must demonstrate a reducing tariff in support of His Excellency, President George Manneh Weah’s Pro Poor Agenda for Prosperity and Development. The current tariff of US $0.35 / KwH (May 2019) remains unsustainably high and PPAs that offer models based on that level of tariff cannot be seen as supporting the PAPD;

8. Companies, entities and organizations proposing PPAs, TSAs and PPPs, must be able to materially demonstrate previous expertise, acceptable financial credentials and credible experience in the specific discipline they are proposing to deliver;

9. The Government of Liberia recognizes that Transmission Service Agreements (TSA) are a transaction between the TSO (or LEC) and a third-party operator who meets the requirements of the 2015 Electricity Law, allowing a nondiscriminatory access arrangement to National Grid transmission lines

10. Potential PPA and PPP providers must also consider Liberia’s acceptance of its long-term responsibility to combat climate change and its commitment to a preference for renewable energy options over hydrocarbon options. Furthermore, in order to accelerate universal access to electricity, PPPs must also consider other options such as mini/micro grids in areas not covered by the national grid. 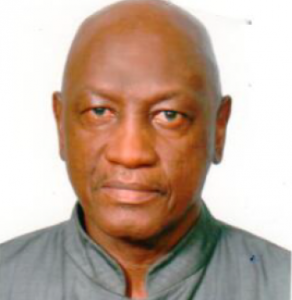 © 2019 Ministry of Mines and Energy, Goverment of Liberia